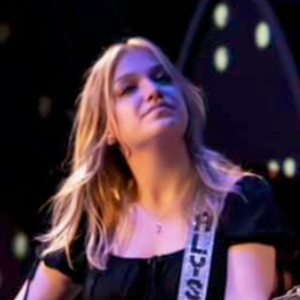 lyssa Marie is known “nice girl next door” in her everyday life but she is musical force to reckon with. Music has been an integral part in Alyssa’s life from an early age. She plays classical piano, guitar, ukulele, cajon and drums. Alyssa has an inert ability to draw people in with the sweet sounding dulcet tones in her voice and the deep lyrics of her original songs about life experiences. Alyssa is heavily influenced by artists like Taylor Swift, Danielle Bradbury, Kelsea Ballerini and Dolly Parton. Alyssa opened for Tracy Lawrence along with Nashville recording artist, Walker Montgomery and performed at the same venue as Lady A, Darius Rucker, Russell Dickerson, Dierks Bentley, Jon Pardi and Tenille Townes. She performed at Carnegie Hall, Ole Red Orlando, the Tin Roof Delray, The Commodore, Belcourt Taps and the Bluebird in Nashville and many more venues and festivals.