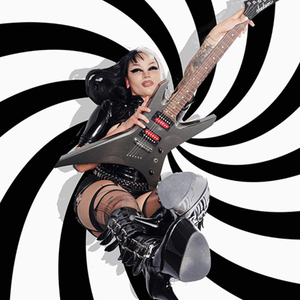 Morgehenna is a self taught musician that focuses on lead guitar work and extreme metal vocals.

She started in the world of extreme metal with covers of old school bands such as Suffocation and Obituary. In 2019, she started and fronted her first death metal band titled Kryptkeeper. Kryptkeeper has since disbanded, and she proudly birthed a Grindcore-Pornogrind project titled: Poontickler. The band has ridiculous themes of sex, lust and gore. Although the band doEs not take the lyrical themes seriously, they pride themselves on composing crushing yet bouncy riffs.

Morgehenna has been involved in other creative endeavors such as working as a live musician along pop acts as Willow Smith and Seckond Chaynce. She has stated that although she loves to evolve and adventure into new creative projects, her dedication is to her love for extreme music.