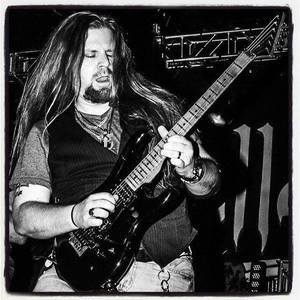 What makes a musician so versatile? Experience. That’s exactly what you get with South Florida’s Scott Gailor who brings his discipline of technical prowess and modern emotion to a new tier.

Hailing from Saratoga Springs, Scott began making a name for himself at the age of sixteen through the New York City club circuit before toughing it out touring along the east and west coasts racking up more than 2600 shows. It wasn't long before Scott was recognized nationally as an on the rise talent by coming in 4th out of 750 players in the Guitar Wars Semi-Finals, and regional runner-up in Guitar Center’s Guitarmageddon competition.

"The first time I heard/saw Scott Gailor play I was 16 years old and I thought he was an alien from outer space! Simply Amazing!” –JP Soars (JP Soars and the Red Hots, Southern Hospitality, Divine Empire)

Whether it has been with Scrooge, Union Jack, Kidd Havok (SunCity Records) or Lauren Krothe, Scott has proven that no matter who he is with, he stands toe to toe with greatness as he has opened for everyone from Yngwie Malmsteen to Dokken, Extreme, Cinderella, jOHN cORABI, Poison, RATT and Sebastian Bach. Usually a fickle bunch, the press has even singled Scott out for his ‘breakneck speed,’ (Metal Edge Magazine) and comparisons to Eddie Van Halen (Hard Rock Haven). From the National, right to the local level, he continues to inspire fans of all ages.