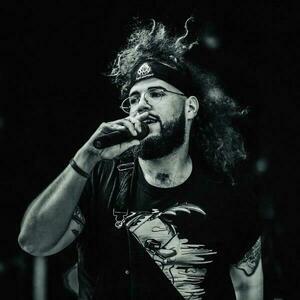 When we think of...say, a hip hop artist, we tend to think of a certain sound. A certain look. A certain vibe.

SKO, when you talk to him, has this greater vision. Like a Michael Jackson. A DJ Khaled. A Kanye West. A Travis Scott. But is uniquely different. His vision is far deeper than the pen a pad he writes on and the microphone he sends his vocal vibrations thru.

He see's production. He see's a platform to be an encouraging voice for others.Someone that started out free styling in his parents red Chrysler 300 to instrumentals we burned on a CD at the time has evolved. So many people have doubted him. And that in itself could stop someone dead in their tracks in pursuing a passion. Not this guy!

He has brought talent together to share a stage that otherwise may not have even met. Tie that in with his vision, hustle and you have a creative artistic genius that's bubbling, preparing for an eruption.